The Power of Instant Rewards for Ads in Mobile Games 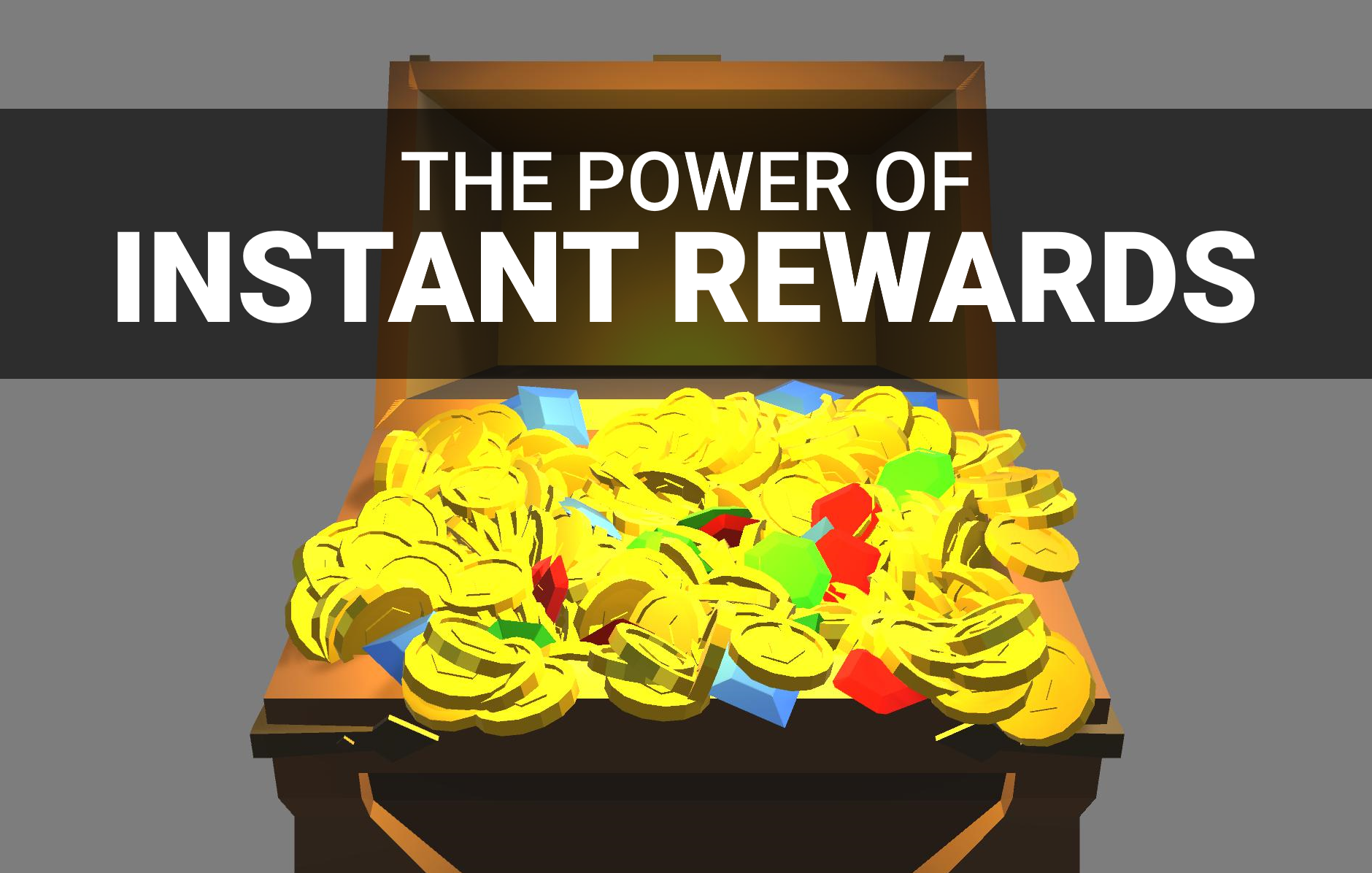 Hi! It’s me again. This time, instead of talking about boring fun privacy stuff, I’m here to share with you something that blew my mind when I was first introduced to it.

As a Unity developer, I’ve got a very set-in-stone idea of how monetisation works for your standard free-to-play mobile game. Accompanying in-app purchases (IAPs), you’ve got skippable and unskippable video ads, banner ads and most recently audio ads. You periodically deliver banner and unskippable ads while trying to prompt the player into watching a rewarded video ad by giving them in-game incentives after it’s finished - pretty standard stuff.

The challenging part is delivering enough ads to be profitable without annoying the players to the point where they stop playing and leave bad reviews. Developers often find themselves locked in this state of push and pull as they try to find the sweet spot. Too far in one direction and you’re making less money from ads, too far in the other and you lose your user base.

What we really need is an ad delivery flow that puts cash in our pockets and keeps the players happy. You’ve read the title so I won’t keep you in suspense anymore...The answer is instant rewards.

In-game audio advertising gives you the unique opportunity to hand out a reward to the player the moment the ad begins rather than forcing the user to sit idle for 30 seconds. With instantly rewarded audio ads, player’s will be focusing on their prize (Upgraded weapon?  Score multiplier? Extra coins?) while the in-game ad plays alongside gameplay. This way, your users will continue to engage with your app instead of sitting and watching an ad for a game you're competing with. It’s got that instant gratification loop players are seeking from mobile games while simultaneously earning the developer revenue.

This can be in the form of permanent rewards given instantly when playback starts or timed rewards which are active until the end of the ad playback. This method of rewarding players also positively associates hearing an audio ad with a new reward or a beneficial effect to gameplay, encouraging more impressions.

Another consideration is that no matter how inviting your rewarded video ads might be, there’s still a portion of your audience that will never want to watch them. Some people just don’t like not playing the game. However, if you take those same people and offer them the reward without waiting you’ve got high cost-per-mile (CPM) ad impressions from an otherwise unreachable segment of your audience.

This way we’re not pissing off players, attracting people who otherwise wouldn’t give you ad impressions, not damaging retention and not pushing other developers' apps in our customers' faces.

What's not to love about this?

How This Works In Reality

Like a lot of developers I’ve worked with since joining AudioMob, I didn’t even consider this approach to ad rewards until someone introduced me to it. If you’ve got this far you probably haven’t either. And you can’t blame us for not thinking of this, it’s a new ad format and there's been a standard approach to ad rewards for years.

To help inspire you, here are a few examples from games that have used our plugin:

In the Big Brother game by Tilting Point, you play as a housemate of The Big Brother house, and within this house you can find and interact with a radio. The radio will offer you an audio ad in exchange for coins, accepting the offer begins the playback of an audio ad and you get coins while it plays, allowing you to do other activities while the ad plays. 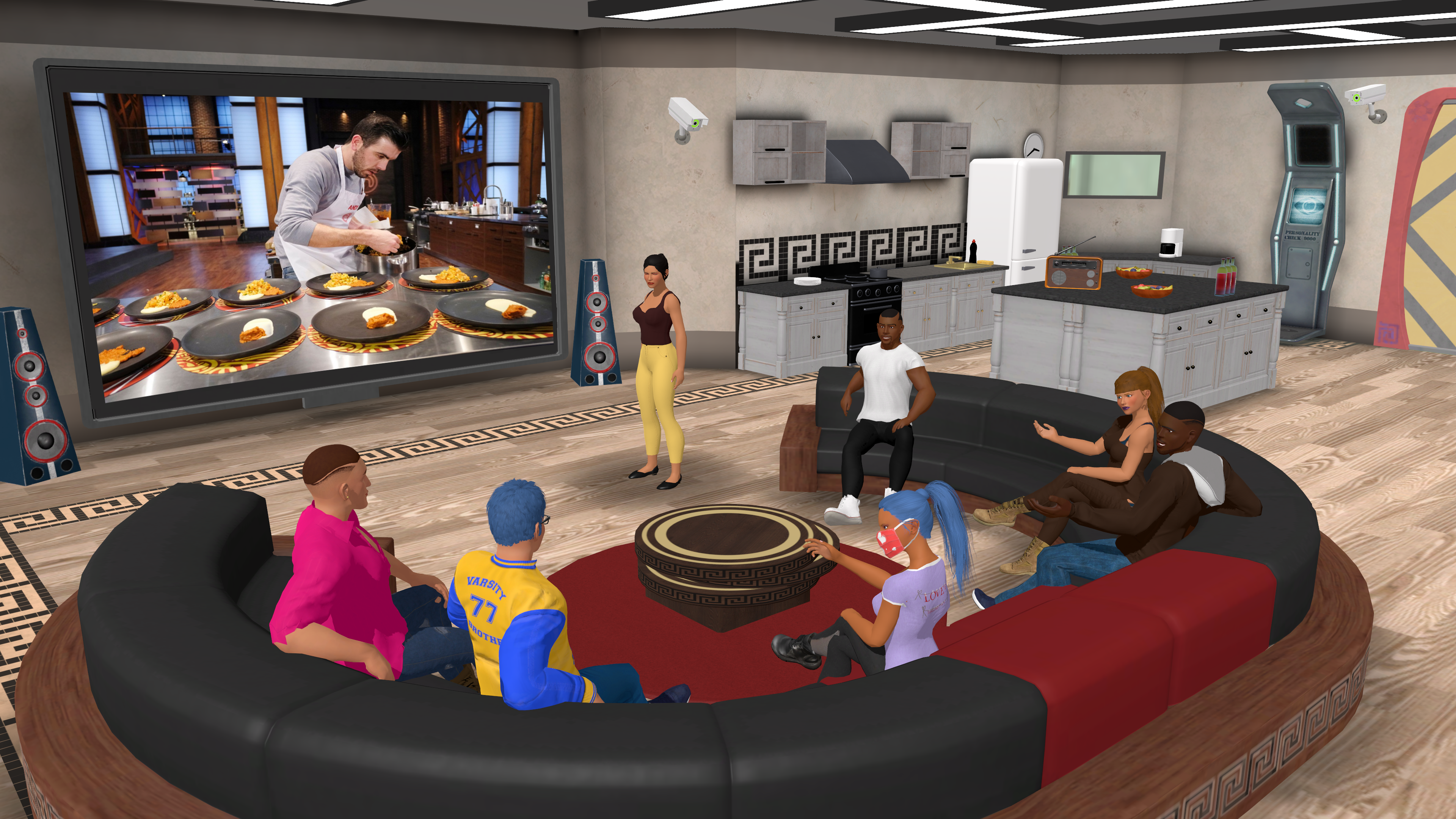 This is a great example of not only instant rewards but also contextual delivery (the ad itself is in the game world). I have a lot to say about both ‘in-play’ ads and spatial audio advertising (sound emitting from a point in 3D space) but I will leave these topics for the next time the marketing team forces encourages me to write an article (please don’t cut this joke Alisha).

This Kwalee game opted to go with a timed reward for Crazy Shopping. Here you’re controlling a group of very enthusiastic shoppers grabbing what you can from shelves and stands in a short time window. When an audio ad plays another little guy joins your horde of shoppers giving you a larger ‘surface area’ (for lack of a better term) to take more off the shelves and counters. When the level ends or you turn the volume down too low, the newest member of the shoplifter gang will call it quits and head home.

This one might be cheating a bit because we made it, but I really wanted to put this in here as this was the game that introduced me to the concept of instant ad rewards.

In Chopper Strike, players soar across a battlefield in a Little Bird chopper shooting down enemy vehicles and rescuing stranded civilians. When you hit the big red button it will trigger a rewarded audio ad and in a puff of smoke, your Little Bird transforms into an Apache loaded to the brim with heat-seeking missiles. You can then proceed to destroy everything and everyone who ever did you wrong while the audio ad plays.

I hope I’ve inspired you enough to rethink the way you’re rewarding players for listening to audio ads. Part of my job here is to help developers with their audio ad integrations so if you want to get your hands on our Unity Plugin or just talk about how to best optimize your revenue, hit me up!